The official told Northeast Now that the Tripura Health department has been running understaffed for the past two years. 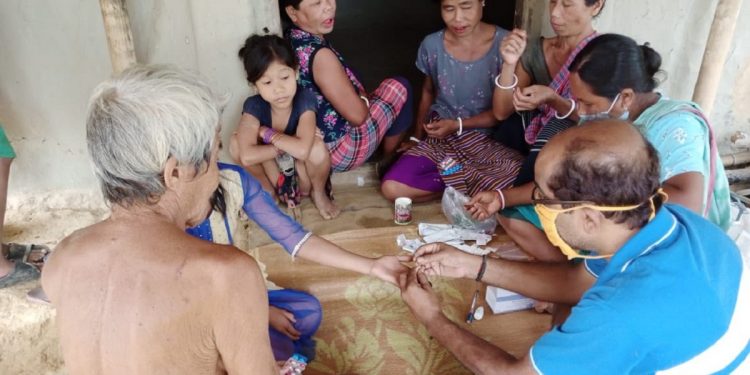 Tripura is witnessing a massive spike in malaria cases, with over a thousand persons infected with the disease in the TTAADC (Tripura Tribal Areas Autonomous District Council) areas.

This was informed to Northeast Now by a senior Tripura health department official on condition of anonymity.

The official told Northeast Now that the Tripura Health department has been running understaffed for the past two years due to the Corona outbreak.

However, he informed that the newly appointed doctors of the department will join the work in the next few days.

The official expressed hope that medical services to deal malaria crisis will get better in the next few days.

“Malaria in Tripura is common during June-August every year. During the monsoon season, people go to the hills to cultivate jhum. Many stay in the mountains for almost three months, which is when most of them do not follow any rules,” the official said.

The official claimed that the health department workers had went to the houses of the Jhumia’s to test their samples before the outbreak of malaria.

However, the tests were not possible as most of them “don’t remain at home”.

“As a result, it is not possible to provide timely medical services even if they are infected with malaria,” the official said.

Notably, TTAADC executive member for health – Kamal Kalai had also raised concern on the rising cases of malaria in the ADC areas.

He also said that the main cause for people testing malaria positive was because of the delay in providing health facilities due to poor road connectivity.