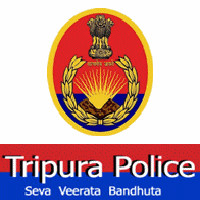 The Tripura Police are in a dilemma over three Bangladeshi nationals.

They are not being able to send them back the Bangladesh border guards are refusing to accept them.

This was informed by Tripura Police sources in Agartala on Saturday.

According to the police, three young Bangladeshis were arrested on June 4 last year for entering India illegally through Tripura’s Khowai district.

A local court found them guilty and had sent them to judicial custody for six months.

According to the Khowai district police officials, after completion of the jail-term on December 4 last, the police with the help of the Border Security Force (BSF) tried to send back the three – Zosef Mia, Imran Mia and Zahid Mia.

But the border guards of Bangladesh refused to take them back.

Now, for the past one month, the police had to arrange food and lodging for them at the Champahour police station and two men in uniform have been deployed to look after them.

The police have raised it with the Director General of Police (DGP) and awaiting instruction from the State Government.

The three, residents of the Maulavibazar district under the Sylhet Division, had been arrested for violation of the Passport Act and trespassing.