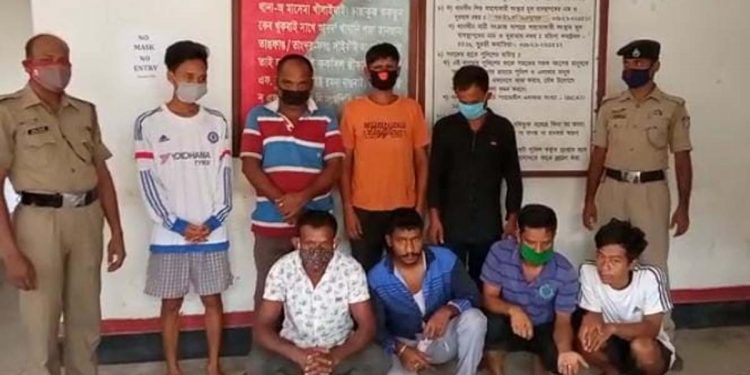 Police said after stopping the vehicle, the driver fled from the spot through a rubber plantation leaving the car.

The police personnel seized the car and recovered a total of 199 bottles of Phensedyl in two cartoons from the car.

In Udaipur, the SDPO of the Udaipur sub-division and deputy superintendent of police of Gomati district along with a police team of RK Pur police station conducted a raid in the house of one Taher Miah of Sonamura, about 49 km away from Agartala city, the Tripura Police said in a statement.

The police seized 23 plastic vials containing 0.460 gm of heroin and 42 Spasmo-Proxyvon capsules and one mobile phone from their possession.

Based on secret information, the sub-divisional police officer (SDPO) of Belonia along with a police team from PR Bari police station conducted a raid in the dwelling hut of Sanjoy Sukla Das and his brother Rajesh Sukla Das at Goutam Nagar under PR Bari PS, 80 km from Agartala.

During the raid, the police team recovered 25 bottles of Phensedyl from their possession.

The police seized the contraband items and arrested Sanjoy Sukla Das and Rajesh Sukla Das, both from Goutam Nagar, in connection with the seizure.

Police have registered cases on these operations and started investigating into the matters.