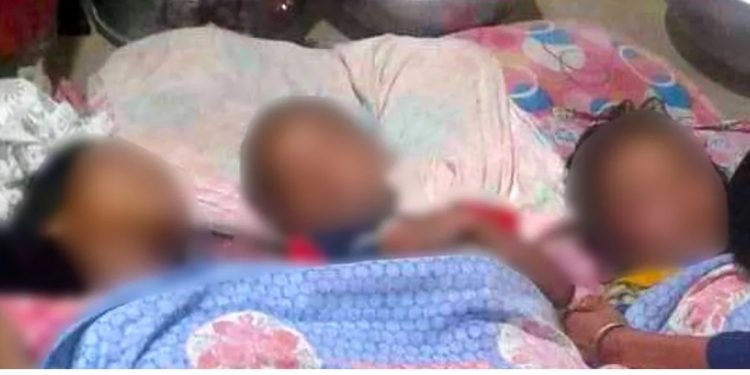 Police recovered the bodies and sent them for post-mortem.

Extreme poverty claimed the lives of three in Tripura, when a woman committed suicide by hanging herself after poisoning her two children on Friday.

25-year-old Jamuna Debbarma, a resident of Shamuk Chera ADC village under Kakraban police station in Gomoti district, hanged herself at her home after poising her two kids–Jaba Debbarma, 7, and Ankush Debbarma, 4.

Police said Andolan Kishore Debbarma, 35, father of these two children, found his wife hanging and the bodies of children on the floor, when he had returned home from work.

Locals said Jamuna and her husband Andolan, who works in a rubber garden, had a verbal spat on Thursday night as they have faced severe financial crisis.

Andolan said due to their penury, they failed to pay the school fee of their seven-year-old child Jaba, who was a class I student in a private school.

“The school administration said that the results of Jaba’s examinations would be withheld if fee is not paid,” he said.

Police recovered the bodies and sent them for post-mortem.

Paresh Tanti and his 36-year-old wife Sajani had poisoned their five-year-old daughter Rupali and 11-year-old son Bishal and then hung themselves to a tree near their house in Sanyasipara village.