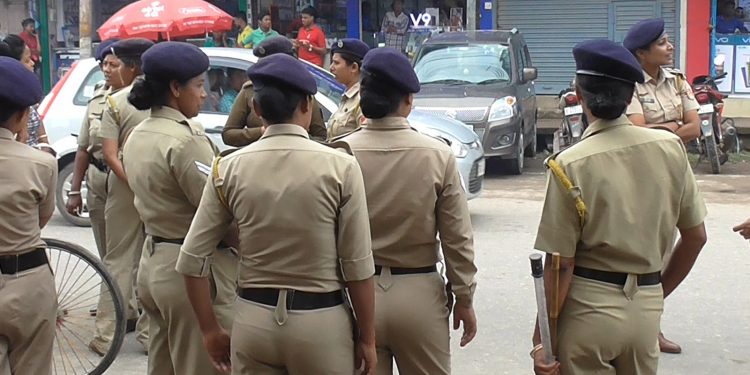 In a spate of few days, five policemen in Tripura have been suspended from their duties, with two suspensions being served on Tuesday.

One police constable Pritam Bhowmik was suspended and forwarded to Agartala CJM court on Tuesday in connection with a rape case.

Pritam Bhowmik was a personal guard of a VIP of Tripura.

Public prosecutor Bidyut Sutradhar said, “One 31-year-old lady was gang-raped on August 12 night on the outskirts of Agartala.”

“She was kidnapped from the city and later raped. After the brutal gang rape, the miscreants tried to kill her by silting her throat. A case was registered at Srinagar police station in this regard.”

Sutradhar informed that in connection with the case, two persons- Pritam Bhowmik and Nirmal Bhattacharjee- were arrested and forwarded to Agartala CJM court and from court they were sent to police custody.

In this connection, sub-inspector Maman-Ulla Kaji of Amtali police station was suspended on Tuesday night due to the negligence of duty. He was investigating the case.

Locals alleged that one Sanjib Das- the main accused of the murder- fled from police custody owing to the negligence of SI Kaji.

As per reports, one traffic inspector Sukanta Biswas was arrested in connection to the murder of Bodhisattva Das- a bank manager.

Last week two sub-inspectors- Dipanjana Sinha and Mikha Darlong were suspended due to the negligence of duty.

It has been alleged that the duo did not submit the reports on Narcotic Drugs and Psychotropic Substances (NDPS) cases on time.