Tripura cabinet approves welfare schemes for journalists and their families 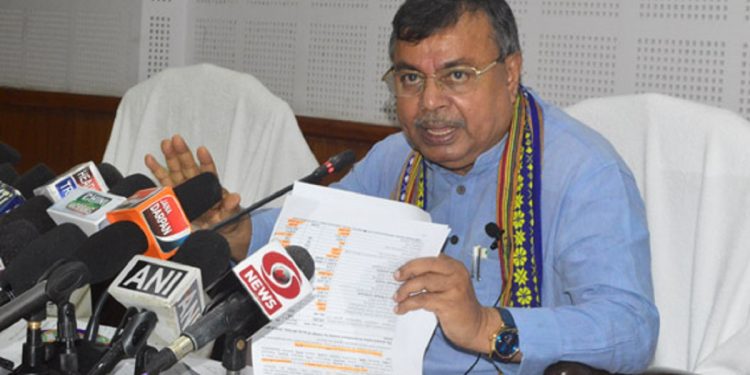 Tripura cabinet has approved two schemes: “Tripura Journalists Sanman Pension Scheme 2021” and “Journalists Paribar Suraksha Scheme 2021” for the welfare of journalists and their families in the state.

Speaking to this correspondent, Tripura cabinet spokesperson and education minister Ratan Lal Nath said: “The erstwhile Left Front government formulated a pension scheme way back in 2012 which was Rs 1,000. After the formation of the BJP-led government in Tripura, the pension scheme was amended through a cabinet decision on July 17, 2018, and the amount was fixed at Rs 10,000 per month. Currently, four retired journalists are drawing this amount under the pension scheme”.

“The council of ministers approved two schemes- “Tripura Journalists Sanman Pension Scheme 2021” and “Journalists Paribar Suraksha Scheme 2021” where journalists will get Rs 10,000 after retirement while on the other hand, family members will draw Rs 5,000 after the death of any journalists at the time of work,” Nath further said.

Nath added: “Journalists will become eligible to get pension: retirement after 60 years of age, accredited journalists for a minimum period of ten years, cannot enjoy any other central or state pensions or allowances except for EPF, should not have any record of a criminal case, and family income of less than Rs 3 lakh per annum.”

“The eligible journalists’ families to get pension are: A resident of Tripura for at least 10 years, accredited journalists for a minimum period of seven years, 10 years working certificate from a media organization, and family member less than 18-years of age would also get this fixed amount per month,” Minister Ratan Lal Nath.

He further added that the applications for both these schemes have to be submitted before the Director of the ICA department.

Respective DMs will hold inquiry and place the report before an eight-member committee consisting of ICA Secretary, Agartala Press Club Secretary, an official of Law department, Joint Secretary of Finance department, one member each from Electronic, Web and Print Media and ICA director.

The committee will scrutinize and take the ultimate decision.