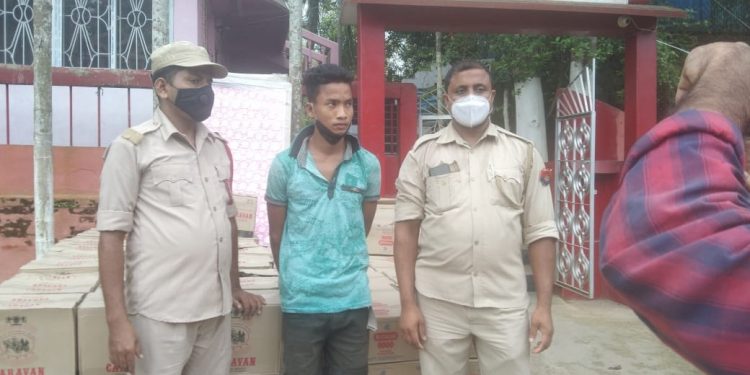 Man arrested with cannabis in Tripura

The police has seized 173 kg of dried cannabis and arrested fours persons from Pecharthal in Tripura’s Unakoti district.

The police had secret information that a mini truck would drive from Agartala to Assam carrying cannabis.

When the vehicle reached the spot, the police seized it and recovered 173 kg of dried cannabis kept in 29 packets from a box hidden in the rear part of the vehicle.

Meanwhile, Pechartal block development officer Semjoy Jamatia along with the executive magistrate was also present on the occasion.

The driver of the vehicle, Rana Oriya and co-driver Ashish Bishai were detained for interrogation at the Pechartal Police Station.

According to police sources, a case under the Narcotic Drugs and Psychotropic Sunstances Act, 1985 was registered against them.

The duo was presented in the court on Tuesday.

Meanwhile, the police raided at the Sanjay Colony at Dharmanagar on Sunday and recovered 55 containers of brown sugar.