Many afflicted with anemia in Tripura 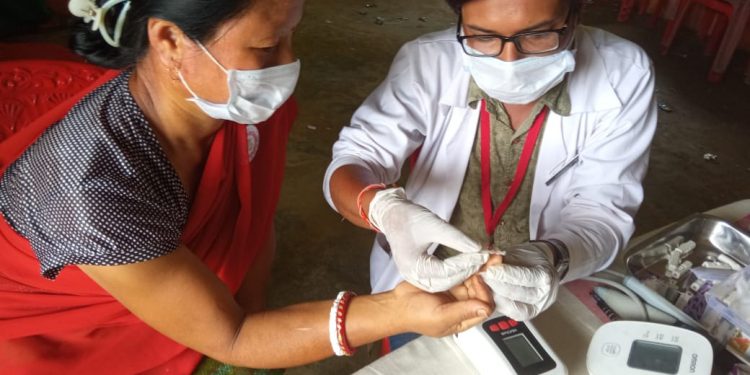 A woman being screened for anemia in Tripura

A considerable numbers of people in Tripura have been found to be suffering from anemia.

As part of the ‘Anemia Mukt Bharat’ programme, Tripura has started mass screening of people during which about 1,899 people were found to be suffering from anemia, which is 40.6 per cent of the total tested population.

State nodal officer for ‘Anemia Mukt Tripura’ programme, Mousumi Sarkar said that mass screening of people began on July 1 and it would continue throughout the state.

Steps have been initiated by the Tripura government to make the state anemia-free.

The National Health Mission (NHM) Tripura and the state health department have been holding sensitization programmes across the state to educate the public about anemia.

A report from the state health department informed that it was found that 34.9 per cent of the 2,200 people screened in West Tripura suffered from anemia.

A similar percentage of those screened in other districts across the state were also found to be afflicted with this condition, which if left untreated can result in severe health complications and even death.