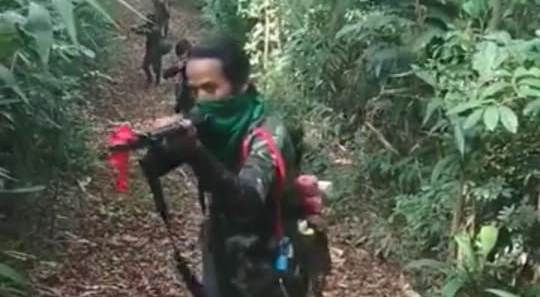 The self-styled commander in chief of the United Peoples’ Revolutionary Front (UPRF), a Kuki militant outfit, was killed in an internecine clash in the Singhason hill range in Assam’s Karbi Anglong district on Sunday.

As per reports, the incident took place in the Khangpipun area of Singhason hill following an altercation among the cadres of a group of UPRF militants who were camping in the area.

The clash turned violent and a cadre opened fire killing the ‘commander-in-chief’ Manggin Kholhou alias Virrapan on the spot.

Manggin alias Virrapan was functioning as the self-styled c-in-c of UPRF after the death of the outfit’s former ‘military chief’ Martin Kuki who was killed in an encounter with Karbi Anglong police back in October 2020.

Karbi Anglong police have retrieved the body of the slain militant with multiple bullet injuries and a magistrate inquest was performed at Bokajan Civil Hospital.

The body was later sent to Diphu Medical College & Hospital for post-mortem examination.

On June 19, two UPRF cadres were killed in an encounter with the police in Karbi Anglong district.

Most members of the outfit had surrendered in December last year after the then c-in-c Martin Kuki was killed in an encounter with security forces in September.

Veerappan and Arjun along with six others subsequently regrouped and launched their activities, including recruitment of new cadres.