Left parties said that the Centre increased the prices of petroleum products 23 times since the results of the Assembly elections in five states were declared. 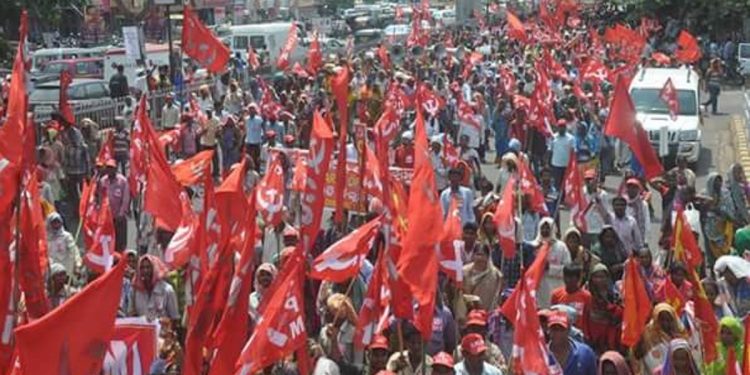 The Left parties in Tripura are all set to launch a marathon 9-day long protest programme over high prices of fuel.

This protest in Tripura is in line with the Left parties’ countrywide demonstration against high prices of fuel.

While announcing its plans of demonstrations, the Tripura state committees of CPI-M, CPI, RSP, Forward Bloc, and CPI-ML also spelled out its four-point charter of demands.

In a joint statement, the Left parties said that the Centre increased the prices of petroleum products 23 times since the results of the Assembly elections in five states were declared.

“As a result, inflation has risen and the wholesale price index has reached its highest level in 11 years,” the joint statement said.

“Cost of passenger fares and freight has increased, which is reducing the purchasing power of the common man. In Tripura, a litre of mustard oil is priced at Rs 200. Two and a half crore people have lost their jobs during the second wave of COVID-19 in the country,” the Left parties alleged.

“It is clear that the government has failed with its plans, activities and vaccinations. The average death rate in June reached 7 on daily basis. There is no medical care for Covid patients under quarantine at home. The government cannot remain silent in this situation,” it added.

The four demands of the Left parties are: universal vaccination for all at government expense, financial assistance of Rs 10 lakh each to families of COVID-19 victims, excise duty on petrochemicals be withdrawn and non-withdrawal of subsidies on ration.

The Left parties further demanded reduction the prices of consumer goods and medicines.