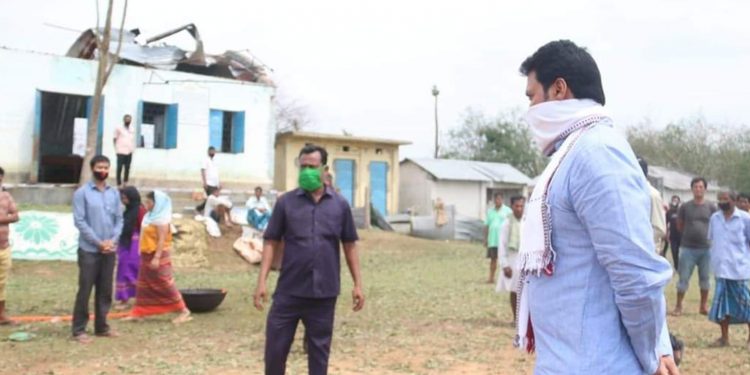 “Several electrical posts and trees were uprooted by the storm and severe damage was also caused to the crops,” the official added.

“We have set up 17 relief camps in Sipahijala district and 5 camps in Khowai district for the people affected in the storm,” the official further said.

He instructed the officials to extend every possible help at the earliest and asked them to immediately provide an assistance Rs 5000 each.

“Rupees 95,000 will be given to every family whose house has been damaged severely,” the CM announced.

“Moreover, the state government will also give Rs 3,200 to each of the families whose houses have reported minor damages,” he added.

“The affected farmers and animal rearers will be given immediate financial assistance after surveying,” Deb further said.