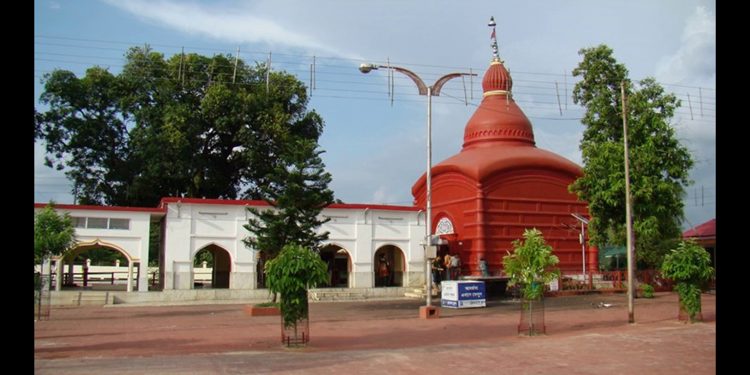 An imposter of a ‘sadhu’ was caught at the Tripura Sundari Temple in Udaipur of Tripura’s Gomati district on Thursday.

This was informed by local administration after they inquired a video of the ‘sadhu’ being dragged down the stairs by of the temple went viral on social media.

“After a preliminary inquiry, it was found that the man who was assaulted was not a real sadhu but an imposter,” police said.

Suman Das, officer-in-charge of Radhakishorepur police station, in a letter to Udaipur’s sub-divisional magistrate said, “The man has been identified as Shankar Chandra Naha- a resident of Fulkumari village, 6km from Udaipur.”

“The day before he was dragged, Naha attacked Sanjit Das of Fulkumari with an iron trident,” the police letter said.

“A police complaint was also registered against Naha and was later taken into custody,” the letter added.

Sharing details about Thursday’s incident, Das wrote, “Naha was creating a nuisance and assaulted one person. The locals caught him and handed over to the police.”

“In the scuffle, Naha was injured and was treated at Tripurasundari District Hospital,” the letter said.

The Tripura Sundari Temple is one of 51 Hindu Shakti Peethas and it was built during the reign of Maharaja Dhanya Manikya Bahadur over 500 years ago.