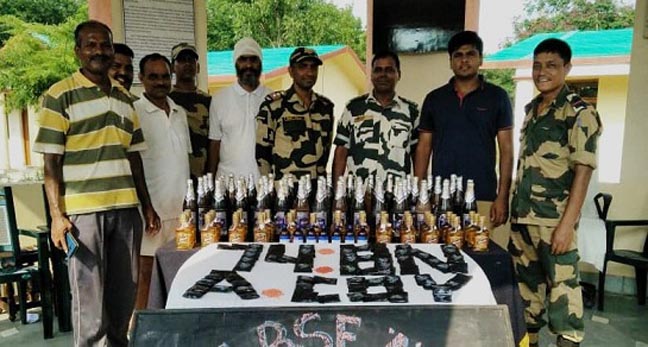 The BSF has said that drug smuggling along India –Bangladeshi border is rising steadily.

“India-Myanmar borders with Mizoram and Manipur are the main transit route of smuggling of Yaba tablets which contain a dangerous chemical compound. Our war against drugs will be further intensified,” Minz told reporters in Agartala on Thursday.

Of the contraband valued at around Rs 33 crore seized along the 856 km India-Bangladesh borders with Tripura this year, around 3 lakh Yaba tablets worth Rs 17.57 crore have been seized this year while being smuggled to Bangladesh, he said.

“…our troopers never did firing or using lethal weapons while guarding the India-Bangladesh frontiers. They maintained extreme restraint to deal with the border crimes including smuggling and cross border movement,” Minz said.

The BSF personnel had apprehended 236 people, including 53 Rohingyas this year during illegal cross border movement.