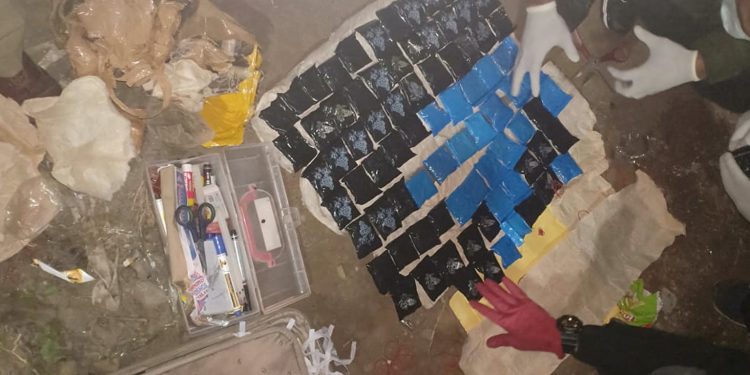 Intelligence Unit of Assam Rifles along with Meghalaya police busted a drug racker on Wednesday, the Assam Rifles tweeted on Friday.

Two drug peddlers were also arrested by the joint team and 19200 Yaba tablets worth Rs 19 lakh were also seized from their possession.

The racket was active in Shillong and its nearby areas.

The seizure was made at Umshyrpi bridge in Shillong and the team also arrested one Pinak Das.