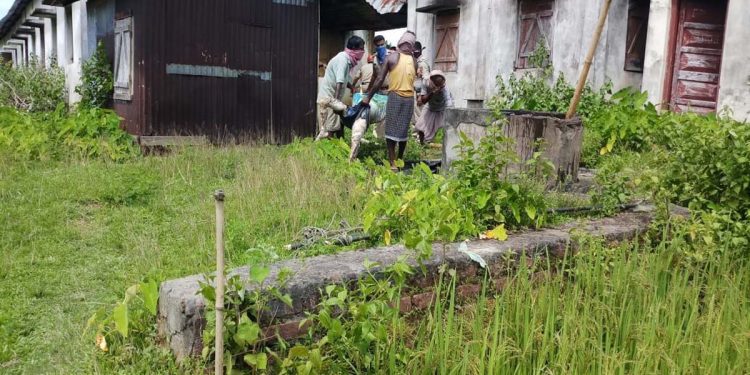 Sensation prevails after the recovery of a young man’s decomposed body from an abandoned well at Kanchanpur in North Tripura.

The young man, who was arrested by police two years back on rape charges, remained missing for the last 10 days.

The deceased has been identified as Rinku Nath.

He was in jail for several months in connection with the rape case.

Locals alleged that he was also involved in various anti-social activities.

After the missing case was lodged on August 2, the police went to the Ramcharan Para area.

They found a blood-stained cloth in a school building in the Ramcharan Para.

The police also recovered marble and sticks from the spot.

The police team also found some blood stains in a schoolroom.

The locals informed the police that they had heard hue and cry from the schoolroom the previous night.

On Tuesday, the locals felt that an unpleasant smell was coming from a well next to that school.

The locals immediately informed it to the police.

Police and fire service people rushed to the spot and picked up a sack from the abandoned well.

It was later confirmed the decomposed body as that of Rinku Nath.

The post-mortem of the deceased was conducted on the spot and the body was handed over to the family members.