Tripura records highest voting with 81.8 per cent exercising their franchise 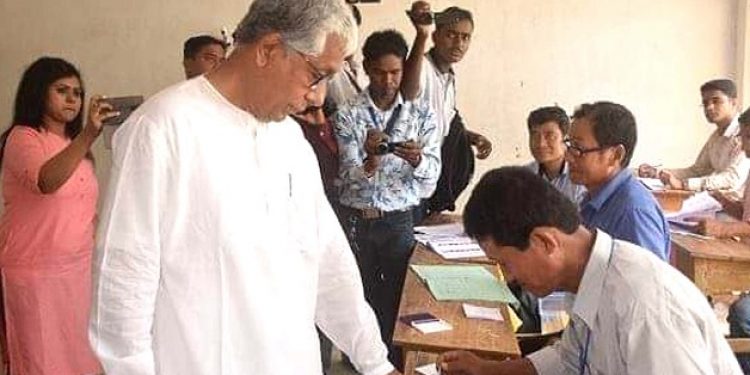 Former chief minister of Tripura Manik Sarkar casting his vote during the first phase of the Lok Sabha polls at Agartala on April 11, 2019. Image by UB Photos

Tripura recorded the highest voting percentage with 81.8 per cent electorates exercising their franchise for one of the two Lok Sbha constituencies on Thursday followed by West Bengal (81 per cent). This was stated by the Election Commission of India (ECI), according to agency reports.

Bihar recorded lowest voting percentage with 50 per cent voters turning out followed by 56 per cent voting in Maharashtra and Chhattisgarh.

Uttar Pradesh recorded 63.69 per cent while in Lakshdweep, 66 per cent voters exercised their franchise and Meghalaya recorded 67.16 polling.

Voting across 91 Lok Sabha seats spread over 20 states and Union Territories in the first phase of the seven-phase elections was largely peaceful, barring a few stray incidents, according to ECI.