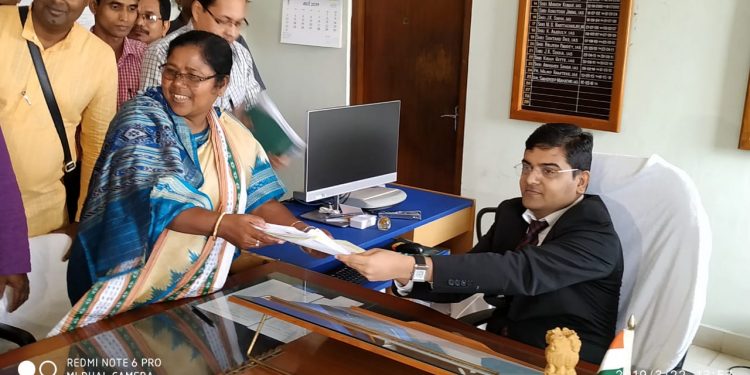 Bharatiya Janata Party (BJP) candidate for the Tripura West Lok Sabha seat, Pratima Bhowmik was at the helm of affairs in rampant violence and rigging during polling on April 11.

A shocking video released by Tripura Infoway revealed how the BJP parliamentary constituency threatened a senior police officer with dire consequences when the police tried to prevent violence and rigging by BJP hooligans.

The BJP candidate was seen in the video footage issuing murder threats to additional superintendent of police (Urban) Kiran Kumar of Tripura Police.

In the video released by Tripura Infoway, it was clearly heard, Bhowmik saying ‘Tereko hum abhi maar dalenge’ (I will kill you right now).

The exclusive report also claimed that Bhowmik has been openly threatening high level police officials from DGP to SPs with death threats, kidnapping of their family members and children if they do not cooperate with her drag smuggling racket.

The report alleged that Bhowmik runs a drug smuggling empire in Tripura under the patronage of the Biplab Deb government.

The video that Tripura Infoway has in its possession claimed to be shot at 3 am in the wee hours of April 12 where the BJP candidate threatened additional superintendent of police (Urban) Kiran Kumar of Tripura Police at Chanmari area on the outskirts of Agartala.

Kumar was reported to be doing his duty to stop organized violence and looting by some criminals at the behest of Bhowmik.

Allegations of widespread crimes including murders are against the BJP leader who is contesting the Lok Sabha elections this time.

The report further alleged that the after Biplab Deb assumed office of the chief minister, Bhowmik’s massive drug smuggling empire has grown manifold within this one year.