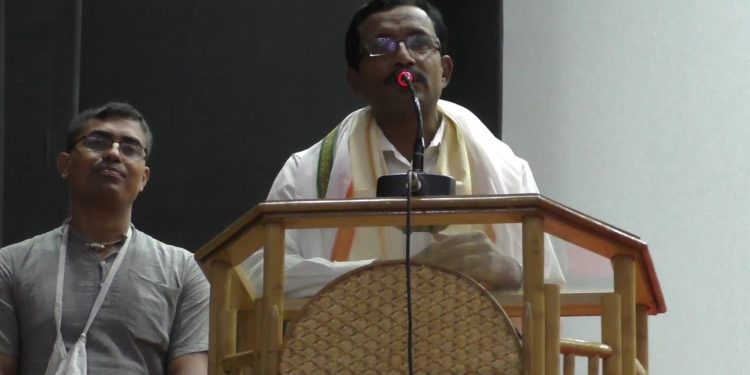 The Tripura state unit of the Bharatiya Janata Party (BJP) on Sunday cried loud that the video of state sports minister at Prime Minister Narendra Modi‘s programme as ‘doctored’.

The state unit of the saffron brigade has said that the video is manipulated to launch a ‘malicious campaign’ by the opposition, according to reports.

Even Deb was quoted as saying that how can that be possible in front of a large crowd.

Clearing the air over the whole issue, the in charge of the media cell of Tripura unit of BJP, Victor Shom clarified that the video was ‘cropped’. If one sees the whole unedited video, the picture becomes clear.

He said that the sports minister was at a corner and when the Prime Minister was about the inaugurate the projects, he tried to come forward when the scene happened ‘inadvertently’.