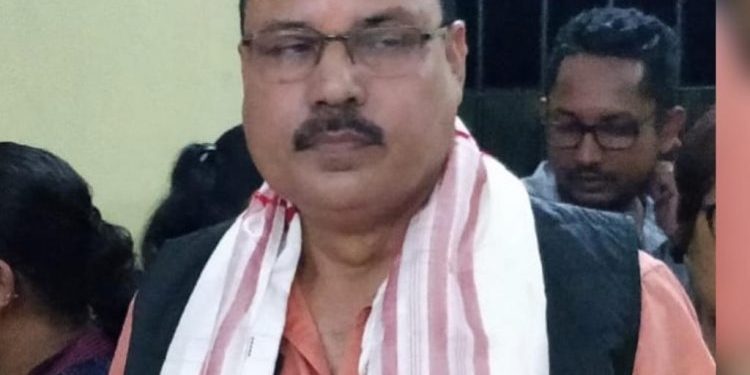 Police on Monday arrested a treasury officer from Dispur in Guwahati for his alleged involvement in financial anomalies.

Police officials said Amarendra Sarma, who is posted as treasury officer at Diphu in Karbi Anglong district, was arrested by Diphu police with the help of Dispur police from his house near Choudhury Tilla in city’s Dispur area.

Last month, police seized cash amounting to Rs 5, 56,100 from a locked drawer in the Sarma’s chamber in Diphu treasury office.

The cash was found during a search operation carried out by police in presence of the district magistrate and personnel from the directorate of accounts & treasuries.

Additional SP Indranil Baruah and magistrate Norsing Bey and Romen Chakraborty from the directorate of accounts & treasuries and Dispur-based senior FAO (PCCF) Sarat Teron carried out search inside every room of the treasury office.

The search was conducted in the morning and ended at around 3 pm.

Deputy commissioner of Karbi Anglong, Mukul Kumar Saikia had also earlier lodged an FIR against the treasury officer and several staff members of the treasury office at Diphu for allegedly demanding and accepting bribe from government employees and contractors and later the office was sealed.