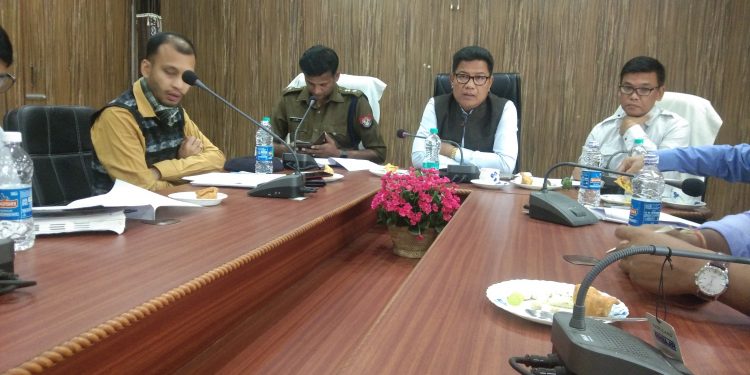 Speaking about communication bottlenecks, he further stated, “We are trying to find out the shadow areas and accordingly, if necessary, we will make a request to the EC for satellite telephones.” Saikia further informed that in Diphu and Howraghat Election District, 90 per cent of the polling stations are equipped with ramps for the differently abled voters. There are 7,700 first-time voters.

Speaking about the security front, SP Gaurav Upadhyay said, “The police are fully prepared. We have made sensitivity analysis and have accordingly chalked out plans to deploy police personnel. Twenty to 25 mobile naka are there in the entire district and we have started monitoring strictly the flow of money and liquor. Trouble-mongers have been identified and under preventive Sections of CrPC we are taking action as per law. We have executed all non-bailable warrants and I request through the media that all licensed arms be deposited at the nearest police stations as per mandate of the EC. We will establish a police control room pronto.”