Training on Assam Right to Public Services Act at Haflong

A training programme on Assam Right to Public Services (ARTPS) Act, 2012 was held at Hotel Land Mark in Haflong of Dima Hasao district of Assam. 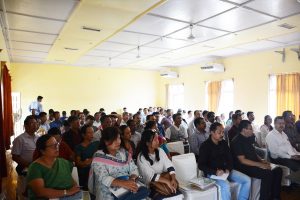 The objective of the programme was to create awareness and educate the government employees about the Assam Right to Public Services Act,2012 which is to be implemented throughout the  state of Assam including  three six scheduled  areas under autonomous District Council,  which is for elimination of grievances to eligible persons (applicants) imposing stipulated time limit for execution of works to government servant by the Appellate  Authority and on the contrary, it has the  provision of rewarding penalty towards the government servant.