Thrust on uplift of surface communication in Arunachal 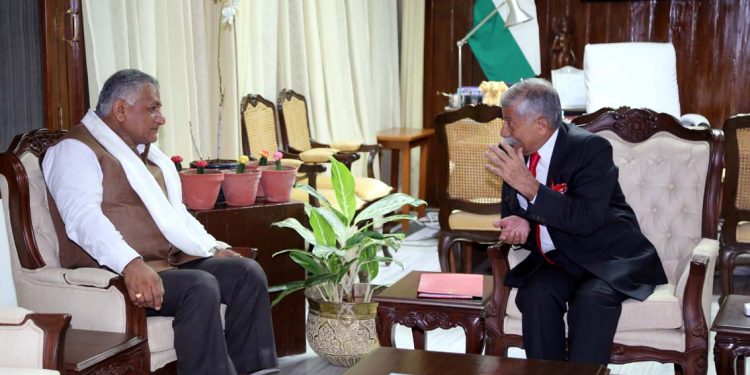 They discussed issues regarding road construction in Arunachal Pradesh being strategic frontier state of the country.

The Governor impressed upon the minister that for holistic development the difficult hilly terrain of Arunachal Pradesh requires large investments for construction of roads in its hinterland.

Road approach instils a sense of security and nationalism amongst the populace inhabiting the remote and far-flung areas.

He requested the minister for technical assistance and fund for the State for the purpose.

The Governor, while highlighting the tourism potential, organic produces and natural resources, said that socio-economic development of the State, particularly of agrarian community and horticulturist entrepreneurs depends, inter alia, on the availability of good roads. Availability of good roads is the prime need for the welfare of the people which inherently adds to national security and progress, he stressed.

The Governor, who has toured all the 25 districts of the State, mostly by road, shared his experiences and observation on the road conditions in the State.

He said that the road projects must be planned for long term use and care must be taken for its sustainability and robustness.

Due to the terrain and climate difficulties, road construction agencies must use technologies ‘well above the conventional methods’ to make good roads in the State.

The Governor briefed the minister about the important roads and bridges, which need priority completion.

He made special mention of the four laning of the Itanagar-Banderdewa NH 415, which needs to be expedited.

The union minister of state appreciated the concerns of the Governor regarding the welfare of the people of Arunachal Pradesh.

He assured the Governor to provide all necessary assistance to the State.