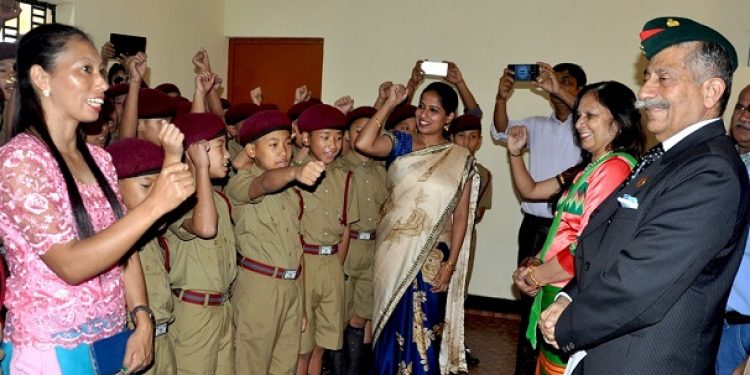 During the visit, the governor interacted with the students and members of the faculty of the lone Sainik School of the state.

The governor advised the students to study well, play hard and be disciplined. He said that very few people get selected to pursue their education in Sainik School, which is considered to be the best in the country.

“Avail maximum benefit from the good facility and become good and useful citizens,” he said.

The governor, who had keenly followed the efforts leading to the start of the school, was highly pleased when all the students expressed their wish to join National Defense Academy.

He exhorted them to prepare themselves to face future challenges, imbibe nationalism, high moral character and camaraderie amongst the students.

Mishra also had an interaction with the officials, teachers and staff of the school. Officiating principal, Lt Col A D S Jasrotia briefed the governor about the institute, which was inaugurated by Arunachal Chief Minister Pema Khandu on September 11 this year.

The governor and first lady then distributed sweets and T-shirts to the students on the occasion.

To commemorate the visit, a plantation programme was organised in the campus, where the first couple planted saplings.

Later, in the evening, the governor and first lady were accorded a traditional reception on their arrival at the district headquarters.

The governor will be attending the Guru Diwas (World Teachers’ Day) celebrations on Friday at Pasighat.