This Calendar has 8 days in a week, and 13 months in a year

The calendar has months without dates, and is calculated on the basis of the transition of the Moon 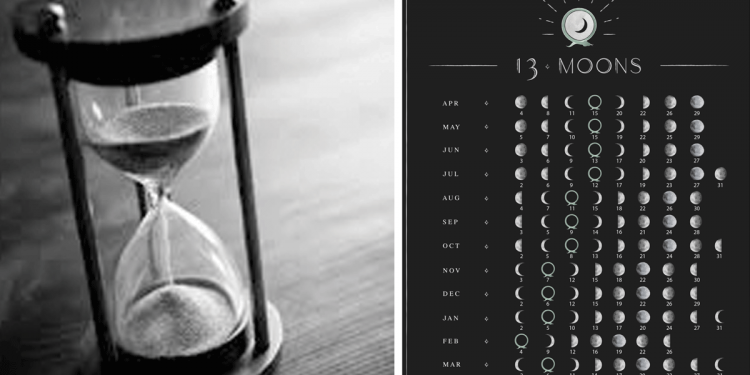 This calendar is unique – it has eight days in a week, and 13 months in a year. And, all the months are of only 28 days.

The calendar is quite different from the Julian or the Gregorian almanac as the months have no dates.

For the tribal Jaintias in Meghalaya, it is a centuries-old practice to follow this unique calendar. Even today, people follow it.

It is days, and not dates that are important for the tribal Jaintias. For them, the calendar is very simple to use.

The days in a week, traditionally, are linked to weekly markets in different localities or villages.

The Iawmusiang and IawKhyllaw are the biggest weekly bazaars in Jaintia hills.

People from far flung villages assemble to buy and sell their agricultural produce at the weekly markets.

Interestingly, the calendar has no year ending but it continues with the changes of the four seasons.

The Jaintia tribals do not have do not have concept of year end because they do not use dates, just days and months. And the calendar is linked with the transition of the Moon around the Earth.

The concept of calculating months is based on position of the Moon. It is still being followed in rural areas of Meghalaya, especially while sowing of seeds.

The tribal intellectuals say 28 days of a month is calculated on the basis of the transition of the Moon.

Also Read – A sexagenarian Australian arrested in Nepal for paedophilia

Other lunar calendars are also based upon cycles of the Moon’s phases or the synodic months.

The Jaintia calendar begins with the full Moon. The cycle of the Moon orbiting around the Earth is 28 days.

Calendars similar to the Jaintia tribals, with 13 moons and 28 days cycle are also used by the Egyptians, some Native Americans and the Chinese.

Scientists describe the 13 Moon and 28-day in a harmonic time space matrix. It takes the moon 28 days to orbit around the Earth. The Moon makes this orbit 13 times each year, and in 364 days.