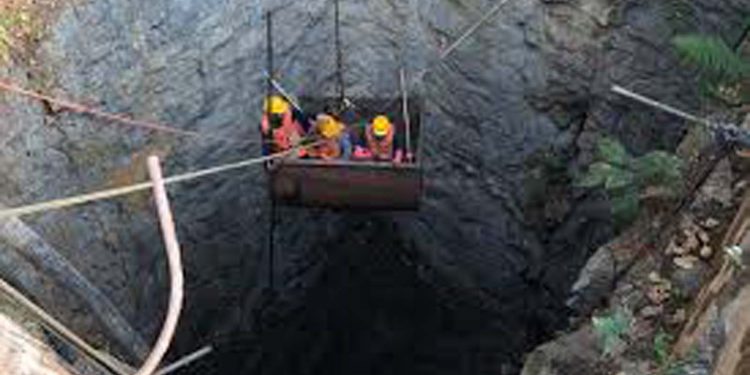 The Meghalaya government has spent more than Rs. 3.5 crore in the search and rescue operations for tracing the miners who were trapped inside a flooded coal mine at Khloo Ryngksan in East Jaiñtia Hills district.

The Supreme Court allowed the Meghalaya government to discontinue the search and rescue operations on Friday.

“Roughly, an expenditure is Ra 3.5 crore till May. The details of pending bills and claims will be submitted by concerned suppliers, and contractors and will compiled and send to the government,” East Jaiñtia Hills deputy commissioner, F.M Dopth said.

Deputy chief minister Prestone Tynsong confirmed that the Supreme Court has allowed the state government’s plea to stop the rescue operations as it has been beyond the possibility of tracing the trapped miners.

The operations were carried out since December 13, 2018 after around 15 coal miners were trapped inside the flooded coal mine.

Of the 15 miners trapped, Indian Navy divers had few months ago retrieved two bodies. However three more bodies detected by the Navy’s Underwater Remote Operated Vehicle, but could not be taken out.