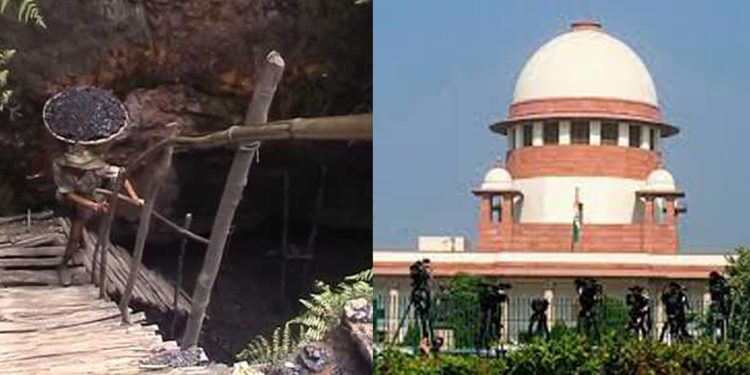 The Supreme Court in a judgment on Wednesday set aside the ban on coal mining by the National Green Tribunal (NGT) conditionally by directing the Meghalaya government to follow some central laws related to mining including the Mines and Minerals (Development and Regulations) Act.

The forum was one of the appellants in the civil appeal in the matter of the NGT’s ban on coal mining in Meghalaya versus the All Dimasa Students’ Union and Dima Hasao District Committee in Assam.

Chairman of the forum, Sonny L Khyriem and the litigant himself said that after long five years of legal bickering, the forum conveyed sincere appreciation and hailed the judgment of the Supreme Court which has set aside the ban on coal mining and the recognition of the rights of the indigenous people of the state of Meghalaya.

“The stakeholders (of all categories) in the coal mining sector are now relieved and contented with the landmark of considered judgment on which all of us had since April 17, 2014 suffered a numerous of myriad agony.

“With the lifting of the ban on coal mining though conditionally, and as movers of the state economy, henceforth the livelihood of all concerns and the state exchequer will gradually start improving and boost up,” Khyriem said.

He said that the forum did not wish to assert personal glory or bring into disrepute others on the issue.

But the forum wanted to put across “gratitude to everyone who had put-in their efforts either collectively as a group of persons or in their individual capacity and not to forget the untiring labours by all the learned counsels including those of the state government.”

Khyriem said that the forum reiterated to commit in restoring and to shield the environmental issues and continue the coal mining operations as permissible and act in accordance with the law “as we firmly believed that both has to co-exist.”