As per government data, over 29 pc of girls in Assam drop out of secondary school 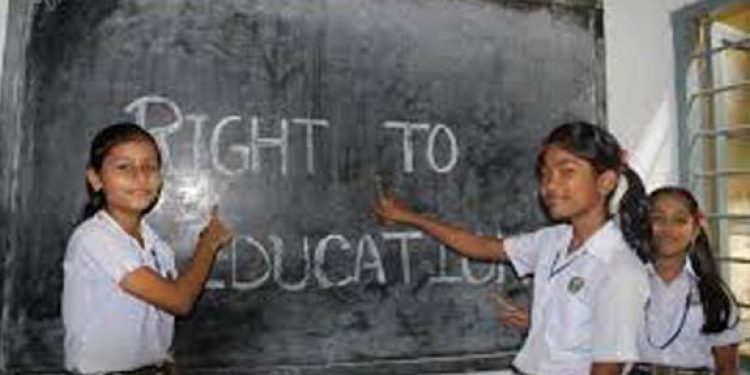 With an aim to stop girls from dropping out of school and reduce the rate of early marriages in Northeast India, the Centre for Catalyzing Change (C3), a New Delhi-based NGO, launched a special fund on Monday.

The special fund, called ‘Stay in School’ Social Impact Fund for adolescent girls in Northeast India, is meant for organisations working in the northeastern region of India. the fund will aim to stop girls from dropping out of school and reduce the rate of early marriages in these states.

On an average, a girl in India receives less than four years of education in her lifetime.

As a result, India is home to the largest number of illiterate women in the world – over 200 million – and the states in the country’s Northeast might be contributing to this number because of their rates of school dropout among young girls.

This has come to light in a new analysis – presented in the form of a policy brief – which was released on Monday by the Centre for Catalyzing Change (C3), a New Delhi-based non-governmental organisation (NGO) which has been working on issues of gender equality since the 1980s, stated a release.

As per the government’s data, over 29 per cent of girls in Assam drop out of secondary school; the figure for Mizoram is 21 per cent, while in Meghalaya it is 20 pc, Nagaland 18 pc and in Arunachal Pradesh, the figure is 16 pc.

While school dropout rates have reduced in many states across India, the number of girls dropping out of schools in the Northeast is on the rise, says the policy brief.

Although there are laws preventing child marriage, latest NFHS data shows that among women aged 20-24 years in Assam, 30.8 pc were married before the age of 18 years. This is unacceptably high, it added.

As per the policy brief, child brides often become mothers at an early age. When girls bear children while they are still children themselves, their lives are put at risk. Amongst the states with the highest teenage pregnancy were Goa at 64 pc, followed very closely by Mizoram at 61 pc and Meghalaya at 53 pc.

In fact, early pregnancy is the leading cause of death among young girls between the ages of 15 and 19 in developing countries. On the other hand, there is global evidence that for every seven years of a girl’s education, marriage is delayed by four years, children are fewer by 2.2, and her income rises by 20 pc.

Releasing the report and launching the fund, Aparajita Gogoi, executive director, Centre for Catalyzing Change, said: “All stakeholders together must design and deliver a cohesive 360-degree strategy which focuses on ensuring access to safe, affordable and good quality secondary education and prevention of early marriages by influencing public opinion and stricter enforcement of existing laws.”

Gogoi also said, “Experience also shows that unless everyone works together, with a single messaging, differing political or mission priorities may lead to diffusion of efforts. At Centre for Catalyzing Change, we aim to address these issues holistically. The seven sisters of India’s Northeast require a comprehensive, targeted policy as well as programme-level interventions that bring young girls and women into the centre.”

Gogoi also said rxperiences and data suggest that women in the region enjoy a better social status than their counterparts in the rest of India – they have a more equal space in society. “It is important to introduce approaches that build on the existing strengths of these states,” Gogoi added.