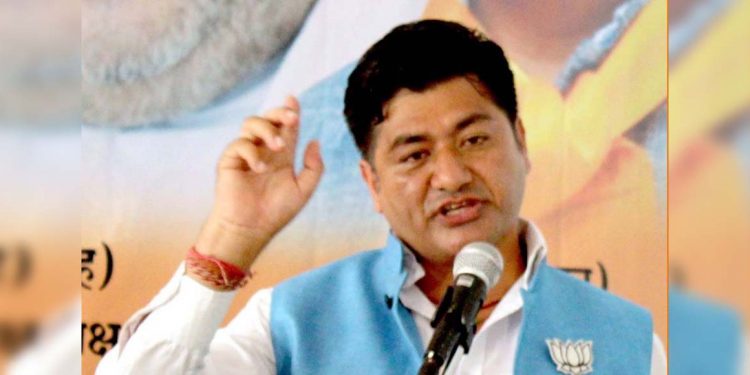 DB Chauhan has been re-appointed as the president of the Sikkim BJP for the second consecutive time.

BJP national president Jagat Prakash Nadda has appointed Chauhan as the state president of the party for Sikkim.

An official letter issued from the BJP headquarters in New Delhi, Chauhan has given the responsibility of the state president of the saffron party for the period of 2020-23.

After being re-appointed as the state BJP president, Chauhan expressed that the high-level committee of BJP has again given the responsibility of the state president by evaluating party works in the last tenure.

He expressed his gratitude to national party president JP Nadda and the high-level committee of the party.

Chauhan further expressed his commitment to strengthening the party organization in the grassroots level to take the party to new heights.

It has been informed that with the appointment of the party president, the state-level committee of the BJP would be constituted soon taking all office-bearers, MLAs and workers of the party together in the state.

It is added that BJP always respects the contributions of its every party worker and a simple party worker can become the state president, national president or Prime Minister on the basis of contribution towards the party.

Chauhan has appealed to all party workers to work selflessly for strengthening the organization of the party in days to come.

“BJP is the second strongest party in the state and we would work towards strengthening the party structure in the state by taking all leaders and workers of the party by following the slogan of ‘Sabka Saath, Sabka Bikas, Sabka Biswas’,” the statement said.