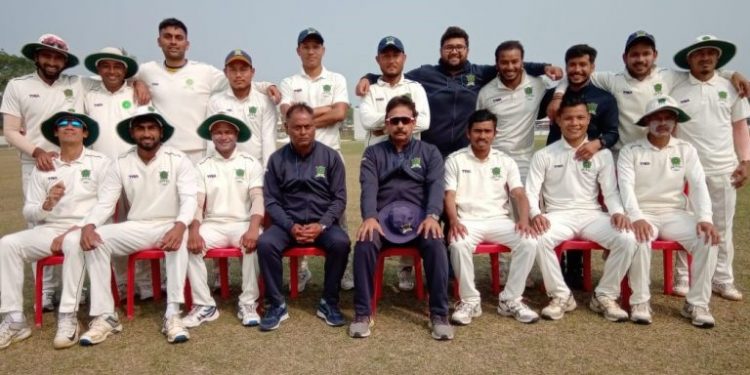 Meghalaya got the better of Sikkim by 66 runs to win their Ranji Trophy match at Mangaldai in Assam’s Darrang district on Thursday.

Resuming at their overnight score of 66 for the loss of seven wickets, Sikkim still required another 136 runs to win, according to reports.

Their only hope was Iqbal Abdulla, who was batting at 30 not out.

Sikkim battled on for another 21 overs but were ultimately dismissed for 135, with Abdulla remaining unbeaten at 76.

Meghalaya guest-professional Sanjay Yadav finished with the best figures of the second innings with 5/51, but Abhay Negi was the star and was named man-of-the-match.

Chengkam Sangma was the other wicket-taker (1/2).

Meanwhile, in the U-23 Col C K Nayudu Trophy, Meghalaya finished the first day against Nagaland on 69/1 in their first innings, trailing Nagaland’s 192 by 123 runs.

Nagaland chose to bat first after winning the toss but were all out in 57 overs.

In their innings Meghalaya lost Ibitlang Thabah for 12, but Kishan Lyngdoh (16 not out) and Rohit Shah (31 not out) saw the remaining overs of the day out.