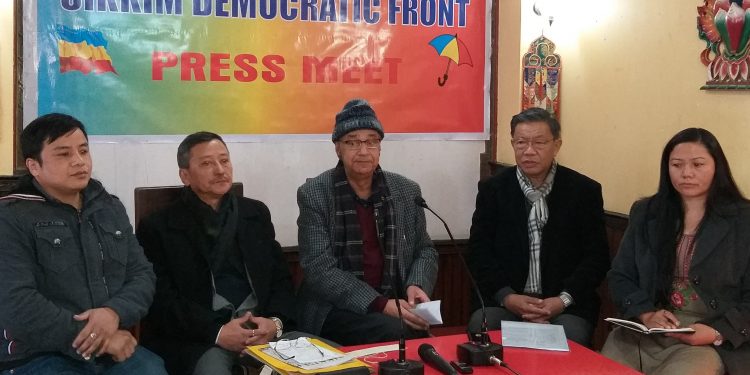 A delegation of the Sikkim Democratic Front (SDF) legislators led by party president and former chief minister Pawan Chamling submitted a memorandum to the Governor on the post-poll violence in the State on Tuesday.

The memorandum has been signed by all legislators of SDF party has requested the Governor for immediate intervention and direction to the State authorities for necessary action.

The SDF said that immediately after the results of the General Elections 2019 were declared there have been several incidents of violence being committed by members and supporters of Sikkim Krantikari Morcha (SKM) in the State.

“Many of the supporters and well wishers of SDF party have been abused, physically assaulted, threatened and properties, both private and public have been damaged. A huge number of vehicles have been damaged and burnt by them,” the memorandum reads.

The memorandum stated that it was unfortunate that even some of the elected members of the party have been abused and threatened and there were continuous efforts being made by members and supporters of SKM party to create a sense of fear among the people and disturb the peace and security in the State.

“There have also been cases where members of business community of Sikkim have been threatened and openly abused of dire consequences for having supported the SDF party in the last elections. By indulging in such acts of crime and illegality, the common people have also been suffered,” it is added.