Sikkim geared up to combat calamities in ensuing monsoon 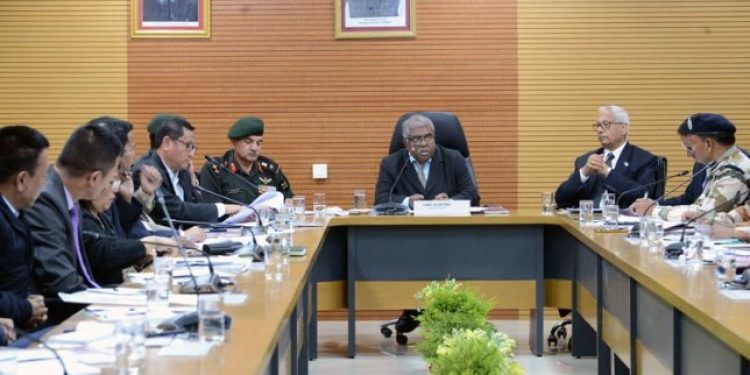 Sikkim chief secretary A K Shrivastava on Sunday convened a meeting of all concerned departments to discuss about preparedness for the ensuing monsoon season.

Heads and representatives of state government departments, armed forces, paramilitary forces, government of India agencies and NGOs attended the meeting to discuss about preparedness for the monsoon.

The chief secretary in his address stated that Sikkim is placed strategically in the geographical map of the country. Being blessed with rich natural biodiversity, the State is also prone to natural hazards like heavy monsoons and also falls on a critical seismic zone, and hence, requires alertness from all the disaster relief related departments and organizations.

The chief secretary acknowledged that despite these hardships, the concerned officials have been working impressively towards dealing with disasters effectively and encouraged all to continue with their vigilance.

SSDMA chairman V K Sharma while addressing the officials reiterated the importance of meetings related to monsoon preparedness and mentioned that Sikkim stands as a splendid example of mainstreaming disaster risk reduction in the country.

The meeting was primarily held to discuss and deliberate upon the problems and the preparations in place to tackle possible calamities arising in the State due to the oncoming monsoons.

The meeting also focused on the various actions taken on the deliberations of the last monsoon preparedness meeting held in May last year.

The heads and representatives of the departments, agencies and organizations presented their respective reports on the action taken on the outcome of the last meeting to the chief secretary and core issues that greatly affect the State during the monsoons were also placed forward for discussions.