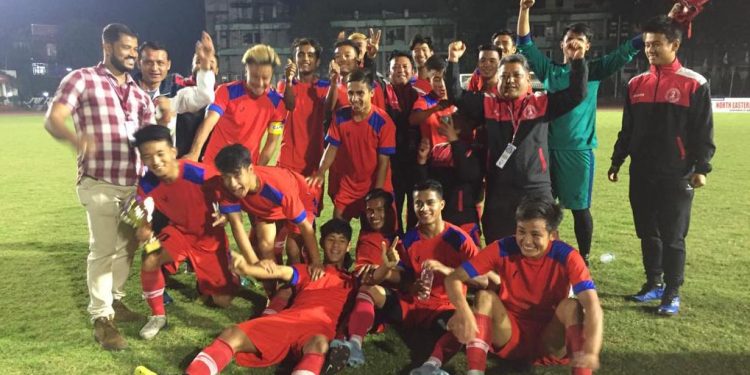 In its last qualifying match at LNIPE Stadium, Guwahati on Monday, a brace by Sangay Chopel helped Sikkim to edge past Bangladesh 2-1 to secure the berth in the semi-final round of the tournament.

Sikkim has also finished the qualifying round as the topper of Group A.

Sangay Chopel scored the lead for Sikkim in the 10th minute but Bangladesh scored the equaliser in the 30th minute to finish the first half with 1-1 draw.

In the early minutes of second half, Sangay Chopel completed his brace to extend the lead of Sikkim to 2-1 in the 48th minute. Sangay Chopel was adjudged as the man of the match.

Sikkim team manager, Arjun Rai said, “By knowing the importance of the match our players played their hearts with an attacking game throughout out the match.”

He added that Bangladesh was one of the tough foreign team in this tournament.

“This win has filled new energy in our team and we are all set to give our best in the semi-final scheduled for 27 February,” he expressed.