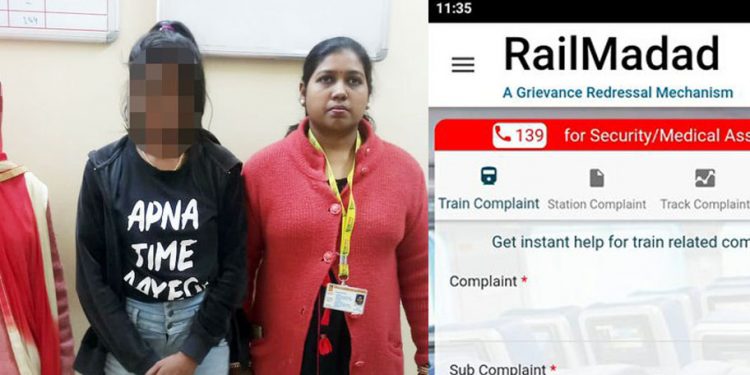 The Rail Madad (help), an app launched by the Indian Railways in 2018, on Sunday came in great help to the rescue of two girls from the clutches of human traffickers.

While sharing a picture of the rescued girls, who were being trafficked, the Northeast Frontier Railway (NFR) on its Twitter handle said some passengers used the Rail Madad mobile app to report about suspected trafficking of girls in 15955 Brahmaputra Mail on Sunday.

On being alerted through the Rail Madad, the Railway Protection Force (RPF) personnel of the Northeast Frontier (NFR) swung into action and carried out an operation in the 15955 Brahmaputra Mail.

Within a short period, the Railway Protection Force team was able to detect and detain the suspected human trafficker and rescued the girls at New Jalpaiguri.

The NFR has urged the railway passengers to use the Rail Madad “to lodge complaints” and provide suggestions.

According to the Indian Railways, moving towards modernization and Digital India, ‘Rail Madad’ app is a one-point solution for the railway passengers.

The app registers a complaint with minimum inputs from passenger, issues unique ID instantly and relays the complaint online to relevant field officials for immediate action.

The action taken on complaint is also relayed to passenger through SMS, thus fast tracking the entire process of redressal of complaints through digitisation.