The Congress president said, if voted to power, his party will provide minimum income guarantee of Rs 6,000/- per month to 50 million ‘poor’ families under the Nyay scheme 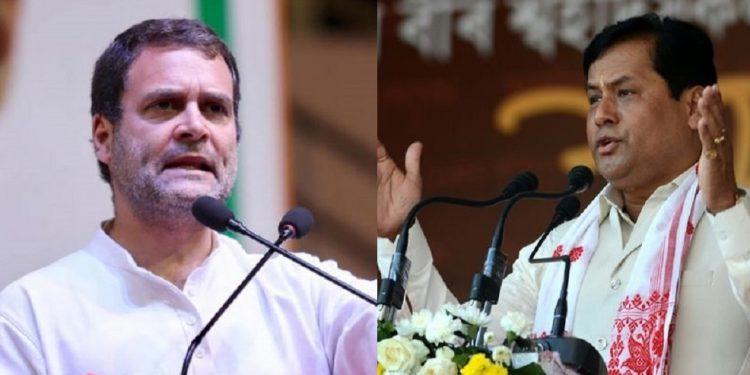 The Congress president Rahul Gandhi reminded the voters of North Lakhimpur on a campaign today about the false promises made by Prime Minister Narendra Modi with regards to crediting Rs 15 lakhs to each citizen of the country.

Addressing a mammoth election rally in the playground of North Lakhimpur government HS School while campaigning for Congress candidate for the 14 Lakhimpur HPC in North Lakhimpur, the Congress president lambasted the Modi government for facilitating big corporate figures like Anil Ambani to pocket Rs 30,000 lakhs of public money in the Rafael deal.

He also said that the Congress, if voted to power, will provide minimum income guarantee of Rs 6,000/- per month to 50 million poor families under the Nyay scheme.

Gandhi said that the Nyay scheme aims to provide Rs 72,000 annually to 20% of the poorest families and assured that the public money looted by the likes of Anil Ambani would be recovered.

The Congress president also said that the special status category stripped by the Modi government would be restored back in the Northeastern states and that the Planning Commission would be formed again.

Most significantly, he promised that his party would not let the Citizen (Amendment) Bill pass in the Parliament.

He also said that Assam had been under attack by RSS ideology.

Rahul Gandhi then appealed to the people to vote for Congress’ Anil Borgohain for 14 Lakhimpur HPC.

The Congress president arrived at the venue of the poll campaign via helicopter after taking part in similar campaign rallies in Bokakhat and in Nagaland.

On the other end of the electoral spectrum, Assam Chief Minister Sarbananda Sonowal earlier today addressed a poll rally in Gojain-Monai Kshetra in Bogeendai under 112 Dhakuwakhona LAC segment for the 14 Lakhimpur HPC.

He asked the voters to support BJP’s Pradan Baruah in the election and regarded the Congress to be synonymous with disunity and bad governance.