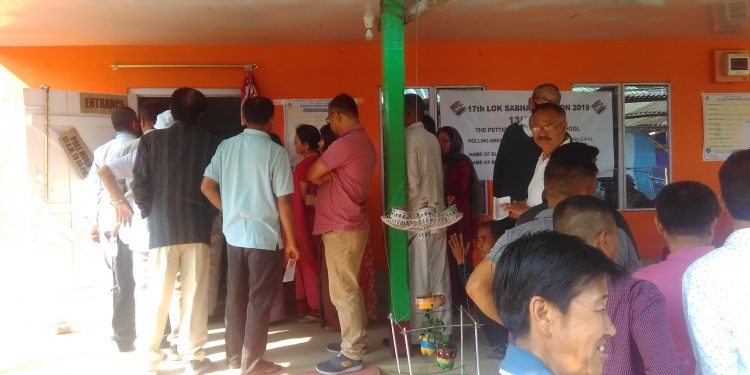 The polling for the Inner Manipur Parliamentary constituency for the 17th Lok sabha elections 2019 has begun after people mostly men came out and started to vote at their respective polling stations from 7 am on Thursday.

The fate of these candidates will be decided by the 9,28,626 electors including 4,47,843 males, 4,80,751 females and 32 third genders besides 4523 persons with disabilities.More than 40 companies of paramilitary forces and state police personnel are deployed for smooth conduct of the polling.

In 2014 Lok sabha polls, Dr Th Meinya of congress won the seat by defeating his nearest rival Dr M Nara of CPI by a margin of 94,674 votes.

Polling will end at 4 pm in the afternoon.