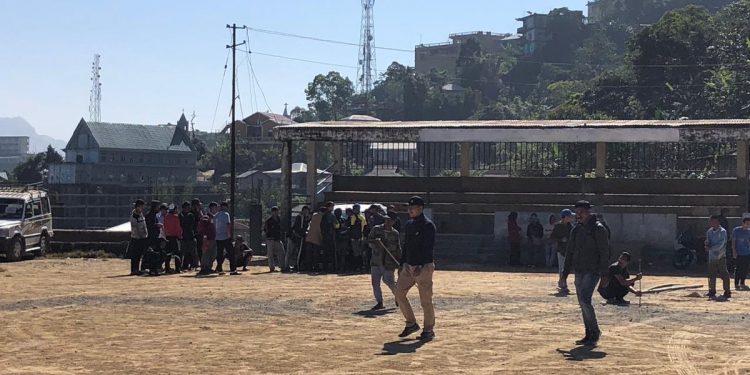 Security has been beefed up in Aizawl and other places as Prime Minister Narendra Modi arrives in Mizoram on Thursday.

Modi is addressing three election rallies at Aizawl, Lunglei and Serchhip in poll-bound state of Mizoram.

This is the first visit of the Prime Minister to the State this year.

Earlier, Modi had visited the state in December last year and dedicated 60 Mega-Watt Tuirial Hydro-power Project to the nation.

The Prime Minister will address a BJP rally at Assam Rifles Ground in Aizawl.

Modi is likely to be accompanied by at least three Union ministers and BJP national leaders to the Aizawl campaign.

Mizoram goes to polls on November 28 for the 40-member Legislative Assembly.

The results will be declared on December 11 along with those of Madhya Pradesh, Rajasthan, Chhattisgarh and Telangana.

Modi is expected to meet various NGO and civil society leaders at Aizawl later in the day before flying back to New Delhi.

Congress spokesperson Lallianchhunga had earlier told the media that the party would use all its resources to oppose the Prime Minister’s visit.

He was of the opinion that the Congress was not happy after the AICC president Rahul Gandhi was denied the Assam Rifles Ground for public rally.

The Assam Rifles, on that occasion had reportedly refused to grant permission citing that the ground was meant for sports activities only.

The Congress while crying foul said the rejection from Assam Rifles was prompted by the Union Home Ministry.