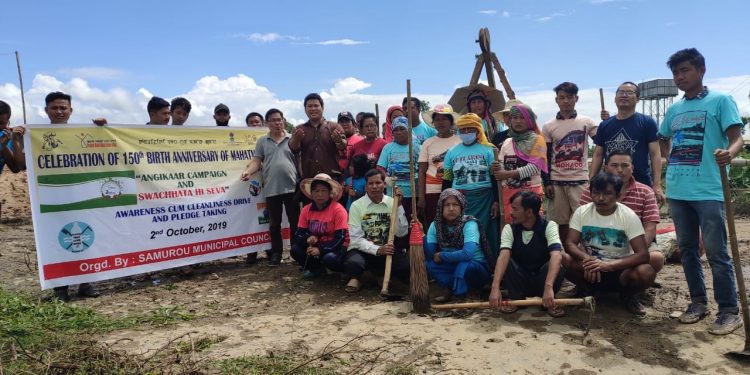 People’s Plan Campaign for formulation of Gram Panchayat Development Plan (GPDP) and Village Development Plan (VDP) was launched in Manipur on Wednesday in connection with the 150th birth anniversary of Mahatma Gandhi, the Father of the Nation.

Under the initiative of Prime Minister Narendra Modi, GPDP and VDP was launched in 161 Gram Panchayats of six valley districts of Manipur and around 3100 villages in all the ten hill districts of State.

The special gram sabha and village assembly which was convened all over the State covered activities like Swachchta Hi Seva, promotion of Fit India Movement and pledge to quit tobacco and tobacco related products in schools apart from preparatory works for formulation of GPDP and VDP for the year 2020-21.

The People’s Plan Campaign initiated by the Ministry of Rural Development & Panchayati Raj, Government of India will be carried out in all the villages of India during October 2, 2019 to December 31, 2019.

The People’s Plan Campaign under the banner of ‘Sabki Yojana Sabka Vikas’ was launched by the respective deputy commissioners and block development officers in all the villages of Manipur.

The programme envisages development of rural areas by way of formulating annual plans of gram panchayats and village authorities by participatory process and identifying the priorities of the rural people by themselves.

The School Education Department organized cleanliness drive in all the government schools participated by the teachers and students, administered the pledge of ‘No Tobacco and tobacco products’ and various competitions for school children.