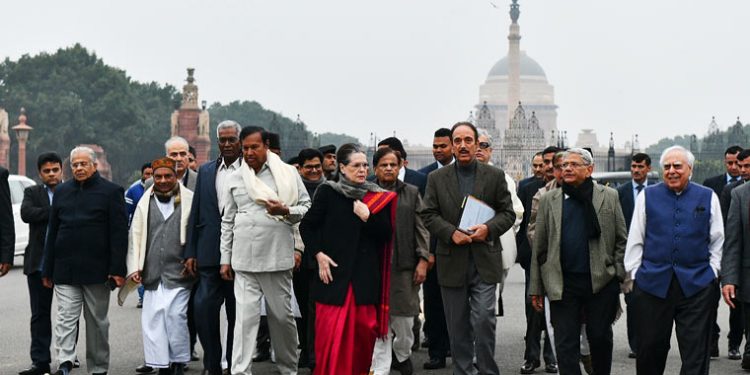 Amid the protests against the Citizenship (Amendment) Act (CAA), a delegation of opposition leaders on Tuesday urged President Ram Nath Kovind to ask the Narendra Modi government roll back the Act.

Congress’ interim president Sonia Gandhi said the whole country is agitating on the CAA, and the opposition was anguished with the police action against the protesters in the northeast and in Delhi.

“Delhi is an example where the police has trespassed into the Jamia women’s hostel and dragged them out…. they have beaten up students mercilessly, you have seen that the Modi government seems to have no compassion when it comes to shutting down people’s voices,” Gandhi said.

Leader of Opposition in the Rajya Sabha Ghulam Nabi Azad said that the government knew that what is going to happen but did nothing on it, and in Assam five people have died and many have bullet wounds.

The opposition leaders assembled at the Mahatma Gandhi statue in Parliament House before proceeding to the Rashtrapati Bhavan with Sonia Gandhi leading them.