NRC: The journey of a historical consensus 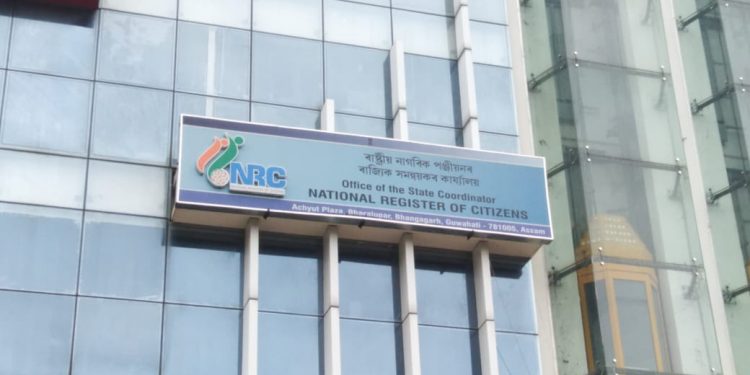 Even though the national and international media, rights activists, scholars both from the right as well as left wing raised questions on the National Registrar of Citizens (NRC) update exercise and accused the indigenous people of Assam of being the perpetrator of expelling lakhs of Bengali speaking Hindu and Muslims, the process has finally completed its thorny journey under the direct supervision of the Supreme Court.

Without understanding the historicity of pain and apprehension of the local people, who are becoming minority on their own land in this frontier state of the country, a large number of journalists, columnists have dubbed the indigenous people of the state as xenophobic because of their demand to complete the NRC expeditiously within the time frame fixed by the Supreme court.

Despite the fact that the whole process has been carried out by fifty five thousand government staffers and contractual employees under the direct control of the apex court, the local people of the state is held responsible by these so called noninterventionist journo and intellectuals for not offering any counter argument against the NRC update process which, they believe, is an attempt to make huge number of people stateless.

Now the question is how one can censure the local people of the state for a process that has been carried out under the constant monitoring of the top court of this country?

Secondly, the NRC update exercise was carried out on the basis of a historic consensus. All sections of people of the state irrespective of their caste, creed, language and religion have accepted a timeline to detect the foreigner.

It is very unfortunate that the national and international media, rights activists and scholars from the outside the state, who don’t have knowledge about the history of migration and the process of systematic minorization of the indigenous people of the state right in their ancestral land, labelled the people of Assam as intolerant and xenophobic.

It is quite complex to understand the motive behind such media exacerbation that negates the historic and political importance of the national registrar for resolving the centurial problem of illegal migration.

How the fear of illegal migration has resulted unprecedented socio-cultural as well as eco-political damages to the people of Assam could rightly be understood by the observation made by the Supreme Court in Sarbananda Sonowal vs Union of India & Assam case dated 12 July, 2005.

In this case the division bench observed, “This being the situation there can be no manner of doubt that the State of Assam is facing “external aggression and internal disturbance” on account of large scale illegal migration of Bangladeshi nationals.

“It, therefore, becomes the duty of Union of India to take all measures for protection of the State of Assam from such external aggression and internal disturbance as enjoined in Article 355 of the Constitution. Having regard to this constitutional mandate, the question arises whether the Union of India has taken any measures for that purpose.”

“The judgement also quoted the statement made by   Dr. Nagendra Singh, India’s representative in the Sixth Committee of the General Assembly on the Definition of Aggression, wherein he said, “…The first consideration, in the view of the Indian Delegation, is that aggression must be comprehensively defined.

“Though precision may be the first virtue of a good definition, we would not like to sacrifice the requirement of a comprehensive definition of aggression at any cost. There are many reasons for holding this view. Aggression can be of several kinds such as direct or indirect, armed in nature or even without the use of any arms whatsoever. There can be even direct aggression without arms…For example, there could be a unique type of bloodless aggression from a vast and incessant flow of millions of human beings forced to flee into another State.

“If this invasion of unarmed men in totally unmanageable proportion were to not only impair the economic and political well-being of the receiving victim State but to threaten its very existence, I am afraid, Mr. Chairman, it would have to be categorized as aggression.

“In such a case, there may not be use of armed force across the frontier since the use of force may be totally confined within one’s territorial boundary, but if this results in inundating the neighbouring State by millions of fleeing citizens of the offending State, there could be an aggression of a worst order…

“What I wish to convey, Mr. Chairman, is the complexity of the problem which does not permit of a four-line definition of aggression much less an ad-interim declaration on it.”

Eventually considering the magnitude of migration to the state of Assam the matter was taken up by the Supreme Court of India and made an order while hearing two writ petitions by Assam Public Works and Assam Sanmilita Mahasangha & others.

The Supreme Court in 2013, headed by the bench of Chief Justice Ranjan Gogoi and Justice RF Nariman, directed the Union Government and the State Government to complete the update of NRC, to be implemented in adherence to Citizenship Act, 1955 and The Citizenship Rules, 2003, in all parts of Assam with the objective to rule out immigrants from the state.

Pursuant to the directive of the apex court, the Registrar General of India vide its notification number S.O. 3591 E dated 6 December 2013 notified commencing of NRC. That was the beginning of the gigantic task identification of illegal migrants and the Supreme Court thereupon took on the task of monitoring the entire process of NRC update in Assam.

It was heartening to see that the order was wholeheartedly accepted by the people of the state without casting any doubt on the proposed process.

Therefore, whoever intends to disturb this historical consensus by making unreasonable and unsubstantiated arguments, should first understand the endurance of fear and anxiety which has been haunting this frontier part of the country right from the colonial era.