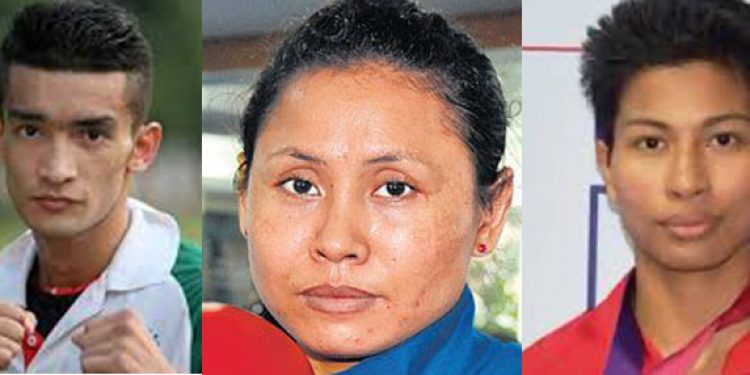 Assam boxer Lovlina Borgohain, who secured a bronze at the World Championships, on Monday went down to Chinese Taipei’s world champion Chen Nien-Chin in the quarter-finals of Asian Boxing Championships 2019 at Bangkok.

Another Assam boxer Shiva Thapa (60kg) stormed into the quarter-finals at the boxing championships at Bangkok in Thailand on Sunday.

With this win, Thapa is just one win away from securing a record fourth medal from the Asian Boxing Championship.

According to media reports, Assam pugilist Thapa was at his destructive best and outpunched Kyrgyzstan’s Seitbek Uulu M 4-1 to march into the quarter-finals in Bangkok on Sunday.

Thapa (60 kg) looked to be at his peak when he out-punched Kyrgyzstan’s Seitbek Uulu M 4-1 to march into the quarter-finals.

Apart from Thapa, another boxer from the Northeast, who also advanced to quarter-finals is Manipur’s Sarita Devi.

On the other hand, Lovlina began her medal quest in thunderous fashion by defeating Vietnam’s Tran Thi Linh 5-0 to advance to the quarter-finals on Saturday.

All total 5 Indian boxers entered the quarter-finals on Day 3 of the ongoing prestigious continental tournament on Sunday.

The other Indian boxers who stormed into the enter-finals are Amit Panghal, Nikhat Zareen and Ashish.
In the second round, in the 81 kg category, Brijesh Yadav lost to Dilshodbek Ruzmetov of Uzbekistan.