Assam boxer Lovlina Borgohain (69kg), a gold-medalist at the India Open earlier this year, managed to clinch the silver this time for the country at the Ulaanbaatar Cup boxing tournament in Mongolia.

The Assam-boxer was defeated in the summit clash by Chinese Taipei’s Nien Chen Chen. 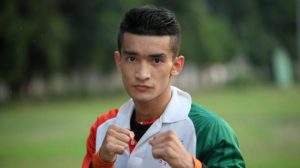 On the other hand, ending with bronze medals were Shiva Thapa (60 kg) and Bina Devi Koijam (48kg), the latter a direct entrant into the last-four stage owing to the small size of the draw.

Shiva fought out a messy slugfest with Misheelt. The former world bronze-winner and three-time Asian-medallist Indian connected better but could not get the nod from the judges, who were split in their verdict favouring the crowd favourite.

Notably, India winded up the tournament with one gold, four silver and four bronze medals.