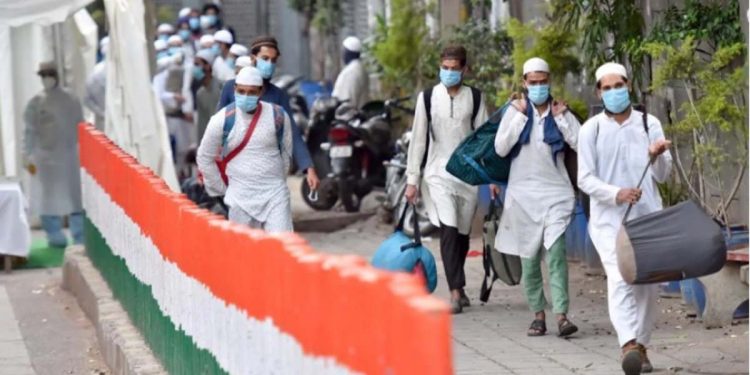 Assam, Arunachal Pradesh and 21 other states and Union Territory (UTs) across India have been badly affected by Delhi’s Nizamuddin Markaz cluster of Tablighi Jaamat as far as spreading coronavirus is concerned.

“4291 Tablighi Jaamat workers and their contacts have been found COVID-19 positive in 23 states,” said Lav Aggrawal while giving a daily briefing to the reporters in the national capital.

He said 32 positive COVID-19 patients of Assam and one of Arunachal Pradesh have link to Nizamuddin cluster of Tablighi Jaamat.

84 per cent COVID-19 positive cases of Tamil Nadu, 63 per cent in Delhi, 79 per cent in Telangana, 59 per cent in Uttar Pradesh and 61 per cent of Andhra Pradesh belong to the Jaamat cluster.

Aggrawal said 22 new districts in 12 states have not reported any fresh cases during the last 14 days including Karimganj, Golaghta, Kamrup Rural, Nalbari and South Salmara in Assam, Thoubal in Manipur and Lohit in Arunachal Pradesh.