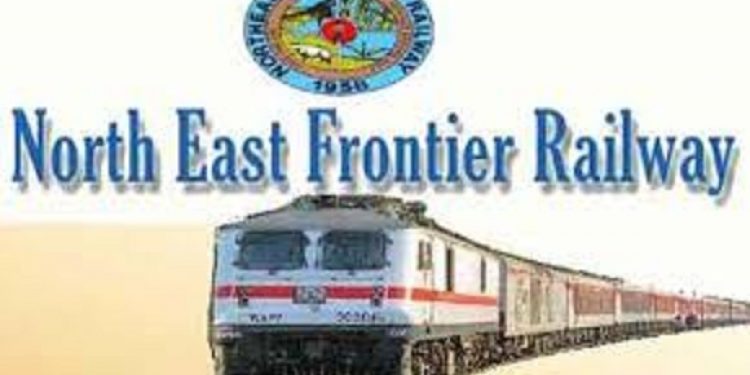 This was stated in an official release issued later in the day.

They were awarded with a cash award of Rs 3, 000 each along with a certificate issued by the NFR general manager in recognition for their services, informed the press release issued by NFR chief public relations officer P J Sharma.

According to the release, on April 2 this year, Kakan Sarkar, Driver and Amardip Kumar, assistant driver under Alipurduar Division was working on Dn BCNHL empty goods train and approaching New Coochbehar station.

Suddenly they noticed smoke coming out from the pantry car of train No-12502 Up New Delhi–Guwahati Poorvattar Sampark Kranti Express which was coming on up line after starting from New Coochbehar station from the opposite direction.

They immediately showed red hand signal to the driver and assistant driver of the train and it was stopped immediately and the fire was extinguished by using fire extinguisher. Due to their alertness a major mishap could be averted, the release stated.

On April 15, while performing rolling in – rolling out examination at Mariani station Subhan Ch. Baruah, Sr. Tech/C&W and Silu Das, Tech-I/C&W under Tinsukia Division detected number  8 axle box wing broken and primary spring was in hanging condition of coach No.8827 NF/GSCN of 15934 Up (Amritsar–Dibrugarh Express). They immediately informed on duty Station Manager and finally the coach was detached.  Due to their alertness a probable mishap was averted.

On the same day,  Pawan Kumar Sah, Tech-II/C&W under Katihar Division while doing rolling in examination duty detected ‘inner and outer coil spring’ missing in rear trolley RHS of wagon no 33018522864 WR/BCN HL of train No- Dn NCB FG. He immediately informed on duty Sr Section Engineer/C&W/Katihar. The said wagon was checked and found unsafe for run and marked sick and detached. Due to his alertness a probable mishap was averted, the release added.