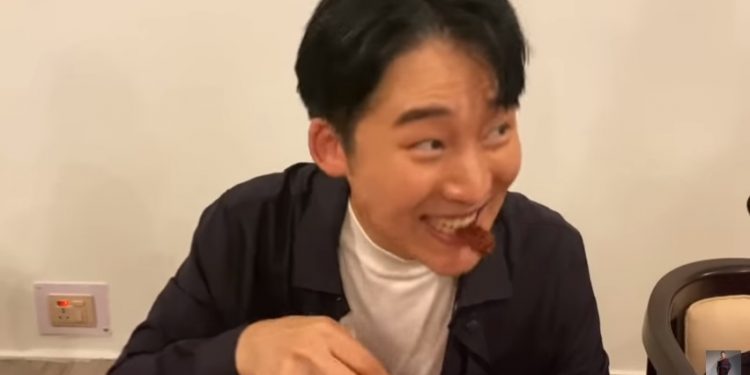 Dabit arrived in Nagaland on Thursday and performed at an event, ‘Kaleidoscope 2019’ at Assembly of Gods Higher Secondary School (AGHSS) in Dimapur on Friday.

While being treated to a sumptuous Naga cuisine on Saturday, Dabit and his manager were ‘challenged’ by Alobo to try out the king chilly, locally known as Naga Raja Mircha in Nagaland.

Posting a video of Dabit and his manager trying King chilly in his YouTube channel Alobo Naga Official, Alobo writes on Facebook, “I am a legend. I invited a Kpop star to Nagaland, India and made him eat Raja Mircha – the famous King chili from North East of India”

While Dabit’s manager could somehow control herself after consuming King chilly, the South Korean singer became teary eyed and had a runny nose after taking a bite of it.

In the video, Dabit was seen as saying that he had ‘to keep breathing’ otherwise ‘his tongue may fall out’.

Dabit had belted out many K-pop hits in his musical career.