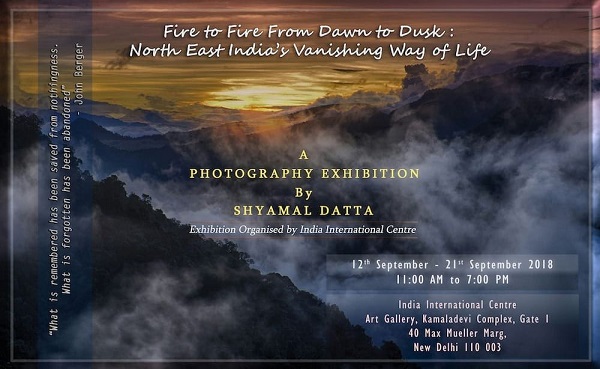 The exhibition, christened as ‘Fire to Fire From Dawn to Dusk: North East India’s Vanishing Way of Life’, will be held everyday from September 12 from 11 am to 7 pm at the art gallery of IIC at Kamaladevi complex at 40 Max Mueller Marg.