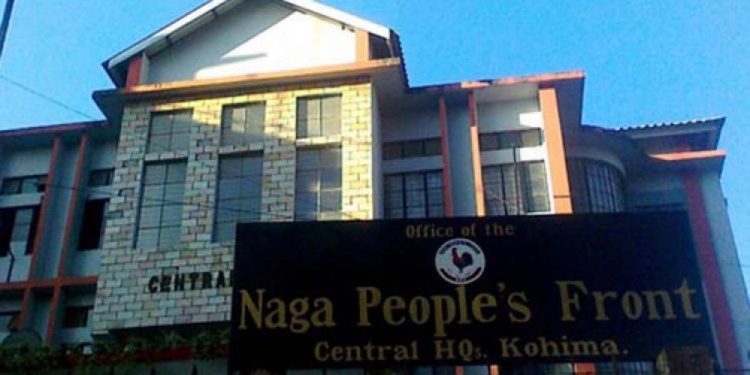 The decision of the NPF comes a day after the Nagaland Pradesh Congress Committee (NPCC) asked all the 60 legislators of the Nagaland Assembly to resign to pave the way for Naga political solution on July 18,

According to sources, the NPF took the decision at a meeting in Dimapur on Monday.

Once the NPF formally joins the ruling coalition comprising the Nationalist Democratic Progressive Party (NDPP), BJP and an Independent, Nagaland will witness another Opposition-less government.

In May 2015, the then NPF-led Democratic Alliance of Nagaland government, headed by former chief minister TR Zeliang, now Opposition leader in the State Assembly, became opposition-less after all the eight Congress MLAs joined the ruling coalition. The Congress MLAs subsequently joined the NPF.

A senior NPF legislator said the move was to have a common platform towards the Naga political solution as the stand of both the PDA and NPF regarding the Naga issue is the same.

All the 60 MLAs of the state formed the Core Committee on Naga Political Issue on June 16 that was seen by many as a coming together of the ruling and Opposition parties.

According to reports, the NPF decided to join the government after the NDPP invited it to be part of an all-party government without any pre-condition.

The 15-member Core Committee on Naga Political Issue comprising legislators of both the ruling and Opposition parties held a meeting in Chumukedima police complex, Dimapur on July 9.

The meeting adopted a five-point resolution urging all the Naga political groups negotiating with the Government of India to come together in order to hammer out their differences and create a common approach for “one solution and one agreement” among others.

In a release on Monday, the NDPP said the resolution passed by the newly constituted Core Committee on Naga Political Issue speaks volumes of efforts and sincerity of the elected representatives towards bringing about final settlement to the Naga issue.

It said the Opposition leader and all other members of the Opposition need to be appreciated for heeding the call for unity, leaving aside politics and cutting across party lines and joining the committee.

The NDPP said unity of all the members of the Assembly for a common goal will definitely bring positive results in “our collective efforts” to bring about a final solution to the Naga political issue.

It added that at this crucial juncture of the Naga issue, it is imperative that everyone should encourage and impress upon the Government of India and all negotiating parties to bring about the final solution to a logical conclusion at the earliest.

On the other hand, the NPCC saw the coming together of the PDA and NPF as a move to delay the Naga solution.

When Nagaland Governor RN Ravi, also the Centre’s interlocutor for Naga talks, clearly stated in the State Assembly in February this year that the talks with the negotiating Naga groups are over, why the State Council of Ministers had not given him a free hand to implement the solution or resigned en masse, Pradesh Congress president K Therie told this correspondent on Tuesday.

He alleged that the Council of Ministers has become a hurdle towards implementing the solution.

Therie added that when the Governor had said the talks were over and there was no point for the Core Committee to ask the Naga groups to resume the talks.