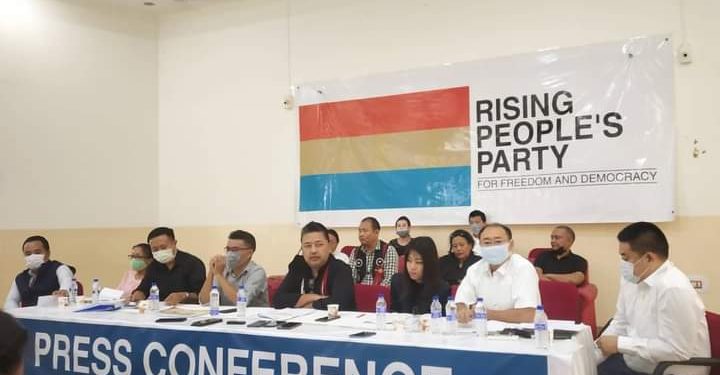 The newly floated regional party, Rising People’s Party (RPP) will contest the next Nagaland assembly elections to be held in 2023.

This was announced by the party members during a press conference held in Dimapur on Saturday.

The state has witnessed the emergence of the Rising People’s Party (RPP) based on the Gandhian principles of self-reliance and non-violence to establish a new Nagaland.

The party’s motto is to establish a political paradigm in the state that is characterized by power with morality, a social order that upholds justice for all and equality before law, a civic governance that is based on accountability and transparency and citizens who are aware of their rights and obligations.

RRP president Joel Naga said, “The formation of the party was declared by our members on October 2 last year, coinciding with the birthday of Mahatma Gandhi.”

The Election Commission of India formally recognized the party on June 6 this year.

The party will be officially launched once the Covid-19 situation in India improves.

Naga said the party’s vision which is based on the philosophy of Mahatma Gandhi, is to bring real change for the people of the State.

“People with a common ideology had decided to float the new party as the present government has failed the entire populace with injustice in governance and corruption ruling the roost everywhere,” Naga said.

He said there is no rule of law while the unemployment rate is ever rising in the state.

Naga said the party is committed to women empowerment and making them part of the decision-making process.

To bring change in governance, the party vowed to bring revolutionary change in the electoral process that is marred by money and muscle power.

“Our party will contest the next Nagaland assembly elections in 2023 with fresh faces to create a new social order. We leave it to people to accept or reject us,” he added.

On the illegal taxation prevailing in the state, Naga said, “We will oppose anything that is detrimental to the well being of the people.”

He said the party will work to define and construct a socio-economic and political blueprint based on the people’s concerns, needs and aspirations.

The RPP also resolved to adopt an integrated policy for industrial, agricultural and entrepreneurial growth by incorporating the best practices with the goal of creating a self-reliant Nagaland.

“We believe in building an economic foundation where the farmers and entrepreneurs become the engine of growth for the state, replacing the salaried economy of the present,” it stated.