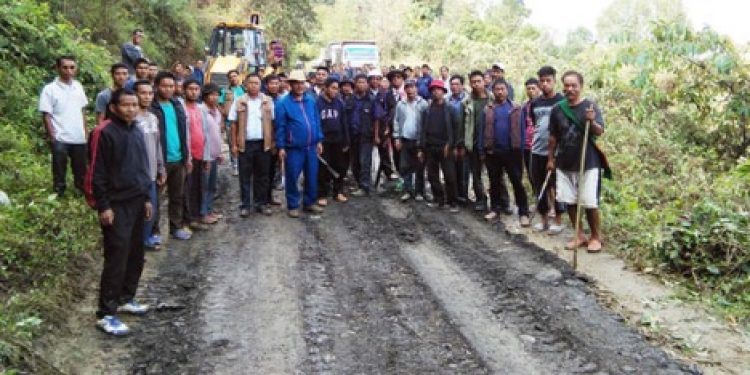 The Tizit Area Students’ Union (TASU) has temporarily suspended the blockade imposed on the National Highway 702 (Mon-Namtola road) for a period of two weeks.

The decision to lift the ban came after the Nagaland Government assured the union to look into their demands.

Notably, the blockade was imposed in protest against the government’s failure to address to their demands regarding construction of an Inter-State Connectivity (ISC) road from Tizit town via Yanpan-Sako-Loakkum-Nokzang-Khonsa (Arunachal Pradesh); construction of four RCC T-beam bridges along the aforesaid road; and picking up the pace of the Namtola-Mon (NH-702) road construction works.

Noklem Vang Sumei, president of the students’ body disclosed that the blockade was temporarily lifted following written assurance from the government.

Sumai also exuded confidence that the government would soon institute inquiry by the high powered committee to look into the matters.

Meanwhile, contractors also assured the union to start the works by Thursday and complete the tasks within the time frame.

Notably, Principal Secretary to the Government of Nagaland, Lhoubeilatuo Kire had written a letter to the TASU president on Tuesday last stating that the Nagaland State PWD Minister had convened an emergency meeting to discuss the indefinite road blockade imposed in the Tizit area.

In the letter, the government has reportedly appealed to the TASU to ‘give the department a time line of one month to complete the whole process’.