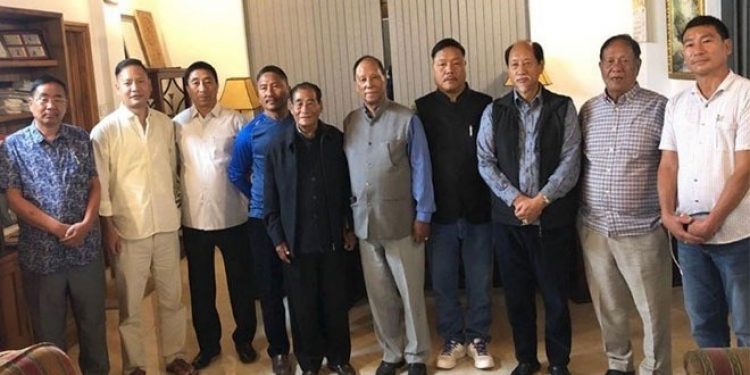 The NPF in Nagaland is facing dissent within the party. Image Credit - Inside NE

The Disciplinary Action Committee (DAC) of the Naga People’s Front (NPF) has issued a show cause notice to six MLAs of the party.

As per reports, the show cause notice has been issued for lending support to People’s Democratic Alliance (PDA) candidate in the impending Lok Sabha elections in Nagaland Parliamentary Constituency.

As per reports, the six MLAs have revolted against the party and have issued statement in favour of the PDA candidate. The MLAs have been asked to submit their reply within seven days, that is, on or before April 2 next.

The DAC convenor, Blaise Iheilung, while serving the notice, stated, “You have been  found hobnobbing with the political opponent of the Naga People’s Front (NPF) which has also been corroborated through the local papers dated 26.3.2019.”

The notice, undersigned by Blaise, further stated, “Whereas, you have been elected to the 13th Nagaland Legislative Assembly (NLA) from Naga People’s Front ticket, while receiving the party ticket, you have signed a pledge to remain faithful and loyal to the NPF constitution and be subjected to the party discipline. Whereas, your movement and activities is absolutely a total breach of party discipline and it is inimical to the party principle. Your action and activities directly attracts Art XIV, Para 2 Clause (b) & (c) of the party constitution.”