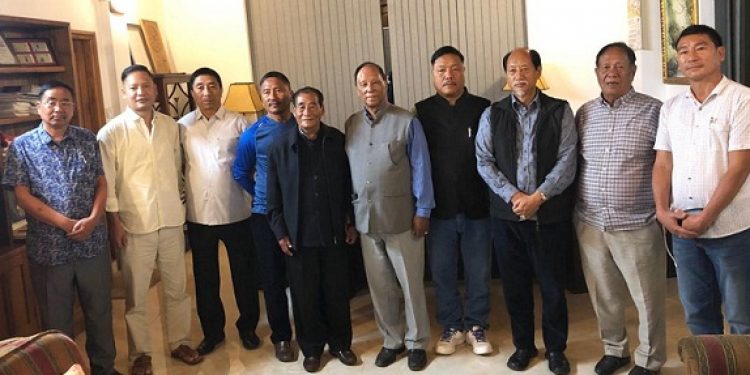 Nagaland will vote for the Lok Sabha election and by-poll to Aonglenden Assembly constituency on April 11.

The PDA comprises NDPP, BJP, NPP, JD(U) and an Independent.

The NPP has fielded its own candidates to contest the Lok Sabha election and by-poll in the State.

The seven NPF MLAs from eastern Nagaland, in a joint statement on Monday, informed about their decision to extend cooperation and support to the PDA consensus candidate for parliamentary election in the State and also the State government.

According to them, the NPF’s decision to support the Congress goes against the “principle of regionalism”.

The seven MLAs also expressed appreciation to all the developmental and progressive initiatives taken up by the PDA government till date under the leadership of chief minister Neiphiu Rio.

“Ever since the PDA coalition was sworn in on 8th March 2018 to run the affairs of Nagaland, we have witnessed positive changes and restoration of the system of good governance which is in the greater interest of the people of Nagaland,” they said.

They further said they look forward to an era of stability with visionary and decisive leadership, which is the need of the hour in Nagaland, to facilitate the much-needed all-round development.

The seven NPF MLAs also extended fullest cooperation to the PDA government and endorsed its stand as a facilitator to the ongoing Indo-Naga peace process for an early, honourable and inclusive political solution.